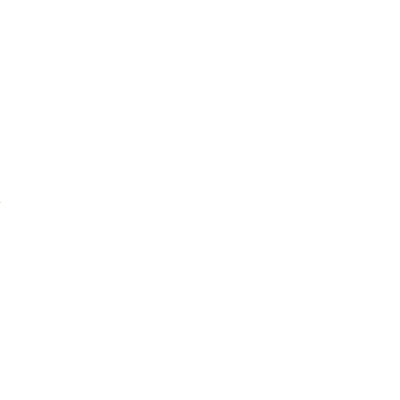 Goldie Lake Outpost truly offers the great remote experience being the only cabin on this huge lake. Goldie Lake is approximately 8 miles long with trophy Northern Pike, Lake Trout, Whitefish and Smallmouth Bass. Goldie is a crystal clear lake with many bays, islands and rocky points. Bordering on the largest game preserve in the world, wildlife sightings are common.

The cabin will sleep up to 6 people comfortably and has a large sunroom with dining area and is equipped with a propane refrigerator, 3 burner counter top stove, lights, large kitchen area and running water to the kitchen sink. A wood stove provides plenty of heat to the cabin, which is located on the north end of Goldie Lake with a sandy area in front of the cabin for beaching your boats and is the only cabin on the lake.

Goldie Lake's other attractive feature is that you take a train to this secluded location. You will be pleased with the benefits of the train such as unlimited gear, no weather delays and a comfortable 45-minute ride northwest of Chapleau until you reach your destination. The train stops at Goldie River where you load up your boats and travel 25 minutes to the cabin.

Click on the thumbs below to open in new window

I just wanted to again tell you how much fun we had at Goldie Lake Outpost. The fishing was phenomenal; it got to a point where sore forearms and aching backs became the day's fishing testament. We boated approximately fifty pike that where over 30 inches in the five days of fishing. Our largest was 35, followed by a 34.5, two 34s, 33.5, and many 32 and 31s

Smallmouth bass became a real treat, especially on light tackle. I cannot even come close to telling you how many two-three pound bass we caught, but it was A LOT. Our largest of the trip was 18.5 inches, followed by numerous 18s, and 17.5s. We estimate that as a group we landed more than 500 fish (pike/bass) in five days.

The real surprise was on our last night, WHITE FISH. Paul was trying some vertical jigging in about 70 feet of water, when he hit a school of them. Within an hour, he had enough for a great evening fish fry.

I am glad to tell you that we practiced catch and release for all fish accept the white fish and three pike that could not be revived after being landed. Our group believes that it is important to maintain a strong fishery, so that all may appreciate it in the future.

We are looking forward to see you next August, and hope that you can accommodate eight people at the outpost next year. Due to some work conflicts, and family obligations, two members of our fishing party could not make it this year. But, they are regretting it now and are chomping and the bit to go to Goldie Lake Outpost.

I have included a CD with our pictures from the fishing trip. Please feel free to use them. We would be honored.

Thanks again for a great trip. Have a safe and happy winter. 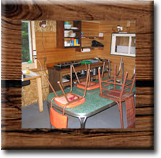 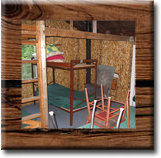 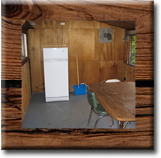